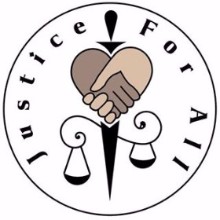 On June 28 the Governor signed S.5, creating Act 9 of the Special Session.  Act 9 is a landmark accomplishment in Vermont, being the first legislative mandate creating an apparatus to mitigate systemic racism across all state government in Vermont.  Justice For All, other Racial Justice Reform Coalition member organizations and community members, invested countless hours in this grass root effort lead.  Legislators and the Governor’s Office also worked under extraordinary conditions to get this law passed.  We should all take a moment to appreciate our accomplishment.  Thank you to EVERYONE who participated in making this vision into a law and once again demonstrating that Vermont leads from the front with organizing around social justice! Read more on Act 9 and how you can submit to be a Panel Member here.

Members of The Racial Equity Advisory Panel will be appointed on or before September 1, 2018. Terms of members shall officially begin on January 1, 2019. Those interested in being appointed to this panel should submit resumes to the Human rights Commission, The Governor, and The House Speaker, Supreme Court Chief Justice or the Committee on Committees.

This year the Racial Justice Reform Coalition set off with a bold agenda for change. Our research provided overwhelming and compelling data supporting the fact that black and brown people’s civil liberties are under violent attack nationally and we have much work to do in our state. In spite of a the hard fight that we fought, there are a number of things that were were unable to get done.  Below is a list:

Note that there remains significant concerns surrounding the Executive Order 18-04, in that it undermines the original intent of Act 9 and has yet to be rescinded.

Donate to Justice For All here.

Justice For All pursues racial justice within Vermont’s criminal justice system through advocacy, education, and relationship-building.

Here are options to become a member, provide organizational support or simply provide a contribution.

Thank you for your support!