Skip to content
HomeThe Poor People’s Campaign: A National Call For Moral Revival – Breaks Silence and Launches a 40 Day Season to Initiate an Effort to “Save the Heart of The Nation”

On Monday, May 14th, the Vermont Poor People’s Campaign: A National Call for Moral Revival will launch a season of nonviolent moral fusion direct action in Vermont, and we need you to join us. In communities across America—black, white, brown and Native—we have built a Poor People’s Campaign to become what Rev. Dr. Martin Luther King Jr. called “a new and unsettling force in our complacent national life.”

Listed below are the upcoming events, activities and training leading up to the 40 day season of Nonviolent Moral Fusion Direct Action (NVMFDA). Please keep in mind that EVERYONE actively participating in any civil disobedience associated with the Poor People’s Campaign: A National Call For Moral Revival MUST attend a Sunday NVMFDA (Part II), at a minimum.

Each week in Washington, DC there will be events live streamed across the nation. All events will be live streamed from the PPC: NCMR Facebook Page. 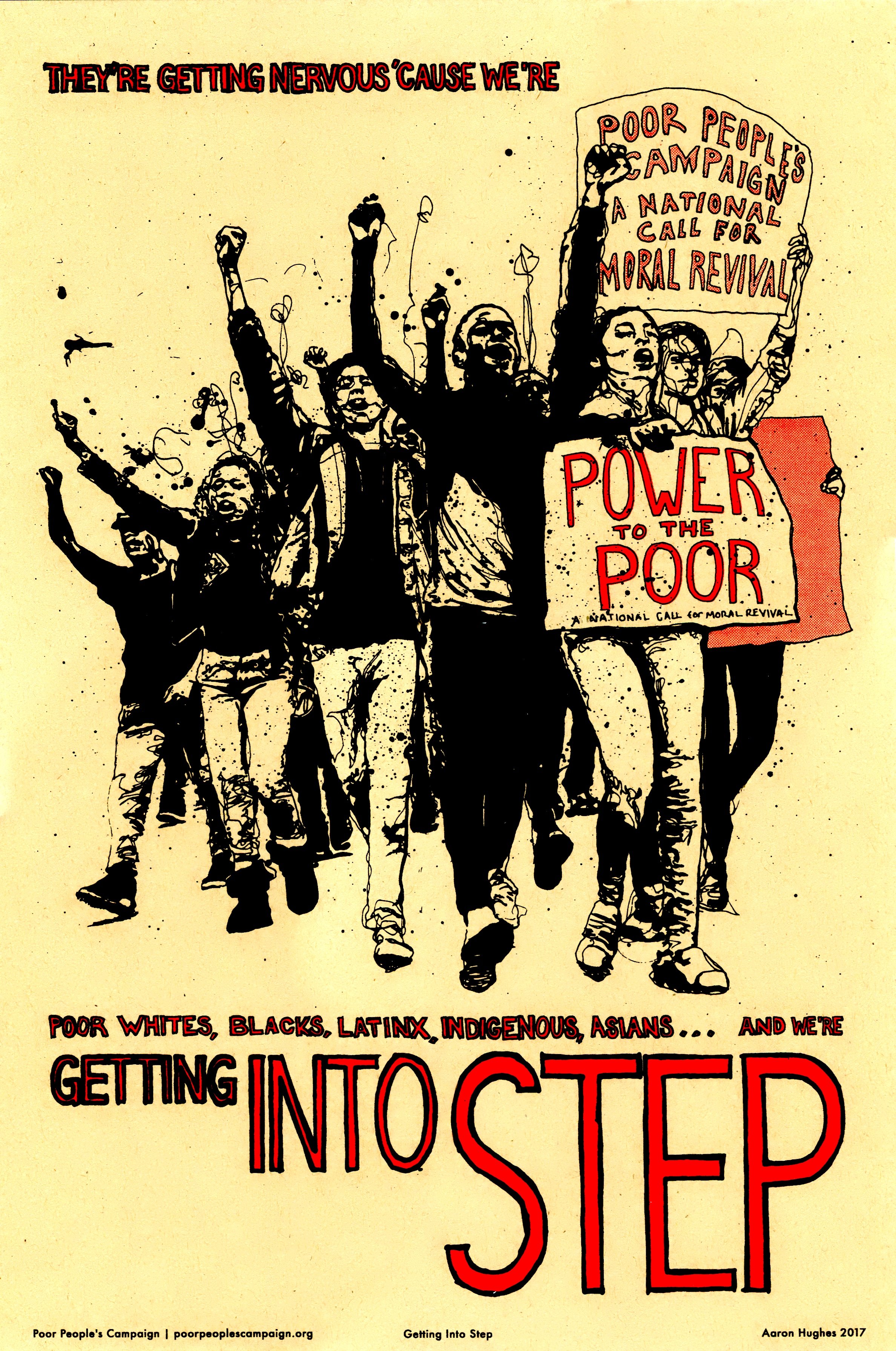 Don’t forget our monthly General Meeting (every third Thursday) at the Unitarian Church, in Montpelier.

As you consider where you are investing in social justice issues, remember the racial referendum that we just experienced in our national election. Consider donating to Justice For All, an organically grown, Vermont-based racial justice organization that has been here doing the work over the past four of years.

Please help us with your membership, provide organizational support or simply provide a contribution. Help us continue this work in Vermont.

Mark Hughes,
ED, Justice For All